The Muse: Love fantasy:       While her busy work didn’t leave place for much dream, when she was at home, especially when she was on her own, she menta...
Posted by Unknown at 08:20 No comments: 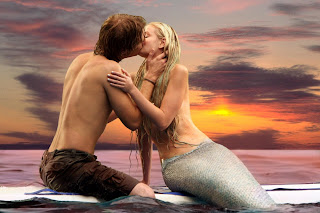 While her busy work didn’t leave place for much dream, when she was at home, especially when she was on her own, she mentally recalled Ian s pretty face.

On her lost hours, she began fantasizing about dating her mystery guest. She could have asked him at least about his name, but Dolores was reserved and of shy temper. She thought that multiple occasions would show up later.

However, life experience shows us that you have to seize the opportunity when it presents to you, otherwise you might never see it again.

“Tomorrow, I will speak to him”, Dolores said to herself on this late November evening. Ian seemed to be in a hurry on this afternoon, he left the deli very fast, running to the other side of the road. She just saw him vanishing away.

She then went to clean his table. Just under his chair, she noticed some beautiful drawing. She kneeled down and had a short look at it. She couldn’t believe what she just saw: the drawing reflected her face in rich details.

Under the picture, it was written:

“I’m coming from afar, I found my home

“He loves me”, she gasped, totally in awe. High emotions began to invade her, but she tried to contain them. The boss was getting impatient and was asking her to serve two new clients that had just popped in.

She folded the paper and put it discretely in her jeans pocket.

In her head, all darkness had gone. She was hearing sweet angel melodies. She couldn’t get that “He loves me, he loves me!” out of her head.

She took a few commands, made some mistakes, and dropped some coffee on an angry customer. Aaron, Dolores boss was getting angry and told her to leave for today. She’d work more hours tomorrow, but for now, she was inefficient, so her boss called another waitress, Angela, to replace Dolores.

The Muse: My beloved country

The Muse: My beloved country: The grass is always greener on the other side of the fence, until you reach the other side. Sometimes, we have all we need. We just don’...
Posted by Unknown at 13:33 No comments:

The grass is always greener on the other side of the fence, until you reach the other side.
Sometimes, we have all we need. We just don’t seem to know it. 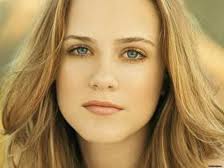 Dolores Fernandez was born in the Spanish town of Murcia, as the fourth child of her parents.
You’d never guess Dolores Fernandez is Spanish. The 24 year old, tall, slim, green eyed, blond haired girl doesn't look like the typical Spanish citizen, except maybe when she has this special, warm, lively glance in her eyes reflecting her country’s warmth.
She bathed into a joyful atmosphere all her life. Nothing destined her to live elsewhere but in Spain. She loved her country; she loved her environment, her relatives, her friends, the sea, the mountains and the lovely food. Dolores graduated in media, which allowed her to become a radio producer for national Spanish channels.
Over the years, she had developed wonderful photographic skills. She was a strong, independent woman, working in media, but maybe too much influenced by the same media she was working for.
Dolores had a boyfriend, Javier. Despite the fact that they were nearly engaged, they didn’t live together. Javier considered that it would be better for them to get married and move together after ever.
Javier was a tall boy, with long, dark, brown hair. He had a very calm temper and loved Dolores a lot. When he was talking about her, he always referred to her as “my future wife.” 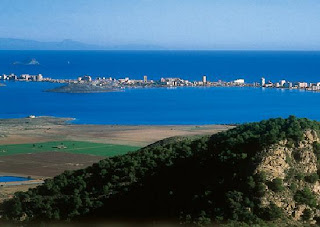 The Muse: Meant to be together

Meant to be together

Meant to be together 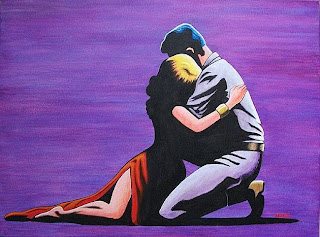 Dolores couldn’t help but feel a little bit sad at this time of the year. Christmas was at the door, it was freezing outside, children were playing with the snow; some others were building a happy snowman. The last client had gone. She was about to close the store, it was now a quarter to eight.
She felt bored at the thought of spending another Christmas with Tony and his parents. She liked Tony, but she didn’t love him anymore. Three years had passed since she met him for the first time in NYC.

At the beginning, she loved his kindness and he was reassuring for a lost foreigner like her in a big City such as New York. He was quite conventional, but a nice and decent guy, the kind of guy she needed at this time. But now, she was getting tired of her boring daily home routine.
She touched her hair, mechanically, thinking of how life in her country would have been right now. Her mind couldn’t concentrate properly; she dropped a coffee cup a client had left on the table. Her mind was with him.

The handsome mystery man, the one who had completely vanished from her deli three weeks ago still possessed her mind.
“Oh, stop it now, Dolores, you ll probably never see him again.”

Having washed the last dishes, Dolores was about to get ready to go home. She fitted her hat on her head; put some lipstick on her lips…The door of the deli opened suddenly.
He was there, standing in front of her. He was looking deep into her eyes, searching for some hidden answer. He was smiling nicely, removing some snow flocks from his hair.

“Hello”, he said, finally.” It’s been a long time.”
Dolores froze. She was looking at her lovely stranger, her heart beating at fast rate. She couldn’t speak, nor could she make any move. She was just staring at him, lost in translation, lost in admiration, transported by the high feelings of love.
He approached her slowly, put his soft hands on her waist; his eyes were diving into Dolores greenish glance. He stole her soft kiss. He then removed her hat, caressed her soft, long, blond hair, giving her a passionate French kiss.
“Marry me”, he whispered. “Please marry me, darling.”
She closed her eyes. She realized she loved a total stranger. It came to her mind that she didn’t even know his name. He didn’t know how she was called either…but in this unique moment, their hearts were melting, glowing in the dark winter night. She was feeling euphoric.
Dolores kissed him back and gently whispered: “I ll marry you, my sweet darling.”

Copyright© by Isabelle Esling
All Rights Reserved
Posted by Unknown at 10:17 No comments: